Today I’d like to thank Anne Stenhouse for tagging me on the Leading Lady Blog Hop that introduces our main characters to readers.  You can read about Anne’s main character, Mariah, on her Novels Now blog at http://annestenhousenovelist.wordpress.com/2014/04/28/mariah-my-leading-lady-main-character-blog-hop/

Today, I'd like you to meet Alaina Craymore, my heroine in my newest historical romance release, A Kiss of Promise. The story begins in England and moves to America, a departure from my previous British historicals. 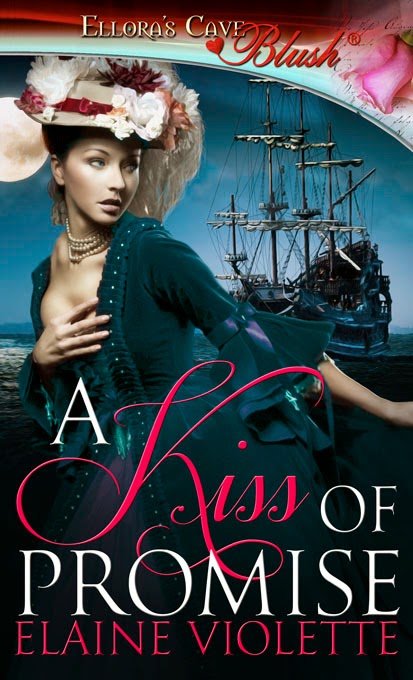 Alaina’s nature is to be self-sacrificing. She’s had little choice. Her father was a domineering, power-hungry aristocrat who treated his wife and daughter with disregard and abuse.  Her role in the family was that of protector toward her ill mother and later she attempts to protect her brother from a villain who seeks to destroy him unless Alaina bends to his will. Though readers can meet Alaina in my debut novel, Regal Reward, where the Blackstone brothers, York and Martin, are introduced, she is the heroine in the sequel, A Kiss of Promise.
At the opening of A Kiss of Promise, a preface acquaints readers with her past. In the present, Alaina is completing her year of mourning after her father’s death. It’s difficult to use the word, mourning. His cruelty left little to mourn but society during this historical time period, expected women to spend a year in seclusion and wear the colors of grief.
Alaina has no difficulty staying out of the public eye after the scandal her father created when he falsely accused a fellow aristocrat, Lord Blackstone, of treason.  His crime left Blackstone’s wife and children destitute when Lord Blackstone is imprisoned and his lands and titles given to Alaina’s father.  My regency, Regal Reward, tells of the Blackstone’s son’s struggle to clear their father’s name.
In A Kiss of Promise, Alaina tries to put the past behind her and prepares to reenter society but her father’s villainy transcends his death.  A former business partner of her father, Phillip Harrington, appears and blackmails her into completing a business deal her father began in America.  She has no recourse but to agree to Harrington’s demands that she masquerade as his fiancée after he shows her evidence that could destroy her brother.  She has no one to turn to and everything to lose.
Alaina is strong, determined, and selfless.  Only Martin Blackstone, the man that she loved and who had left her behind to find adventure, can save her from the ruthless Harrington. Martin’s past has left him with too much baggage to consider a commitment but when he finds out that Alaina is in danger, he’ll move heaven and earth to find her.  Alaina, fear-filled and desperate holds on to her power to determine her future. She’ll chose ruin over pity devoid of true love, even if Martin can save her from the evil Harrington.
A Kiss of Promise and Regal Reward, both Blackstone Brother's stories,  are available at most ebook outlets. Regel Reward is also available in print.
A Kiss of Promise Buy Links
Available at Ellora’s Cave
http://www.ellorascave.com/a-kiss-of-promise.html
Amazon
http://amzn.com/B00HQH99V6
All Romance Books
http://www.allromanceebooks.com/storeSearch.html
Check out my website for more information on my novels and buy links
www.elaineviolette.com

Of Faith Under Fire

A Kiss of Promise